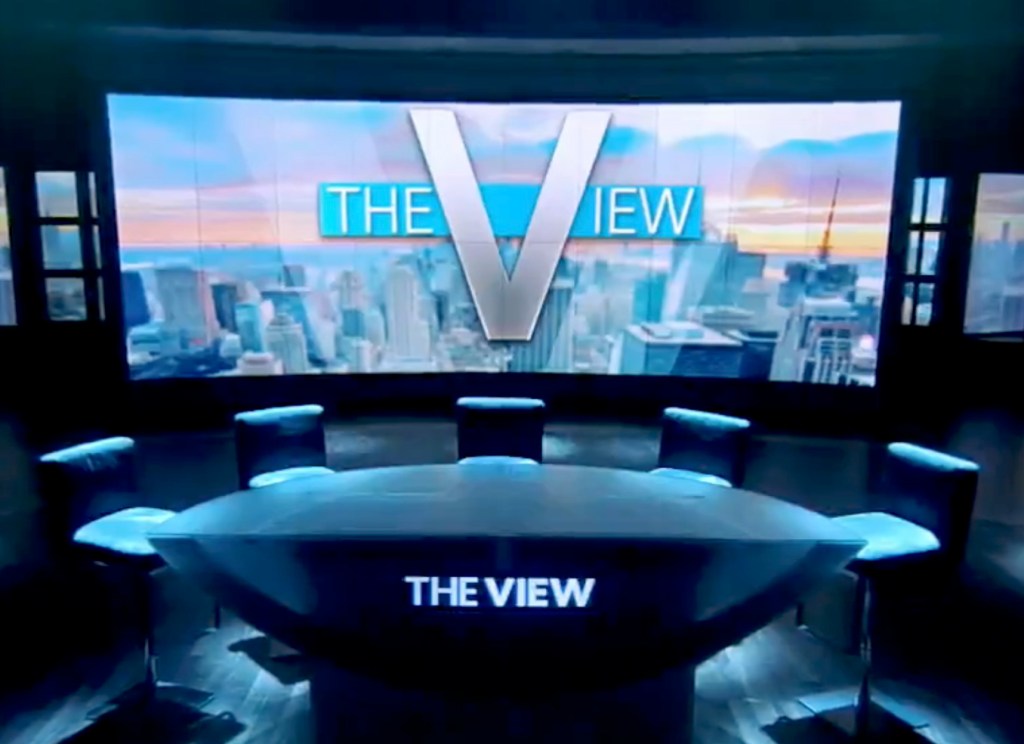 The View is embracing dystopia now that Meghan McCain is gone.

On Monday, the daytime talk show released a promo for its upcoming season. “Season 25 premieres Tuesday, September 7 — see you then!” the tweet reads, along with #TheView hashtag. There was also a sparkles emoji, which was weirdly cheerful for a sinister-looking promo that looks it was shot in an evil billionaire’s lair. One quote-tweet read, “No joke, I thought this was a dark promo for the new season of The Morning Show” (that came out earlier today), while another wondered, “Why is this teaser so dystopian?”

The promo is like an SNL parody of The View, especially the out-of-context soundbites that play over the footage of the set, including Barbara Walters saying that she’s “always wanted to do a show with women of different generations, backgrounds, and views” and Whoopi Goldberg exclaiming, “My goodness, that was quite a commercial for our show.”

It sure was. But noticeably missing is McCain, who bid my father, I mean, farewell to The View in early August. “Thank you all so much again for the privilege and honor it has been for the last four years to work on this show. It really has been incredible,” McCain said in her final episode. “It will be referenced in everything I do for the rest of my life.”

This is the current top reply to the season premiere tweet:

No replacement has been announced.