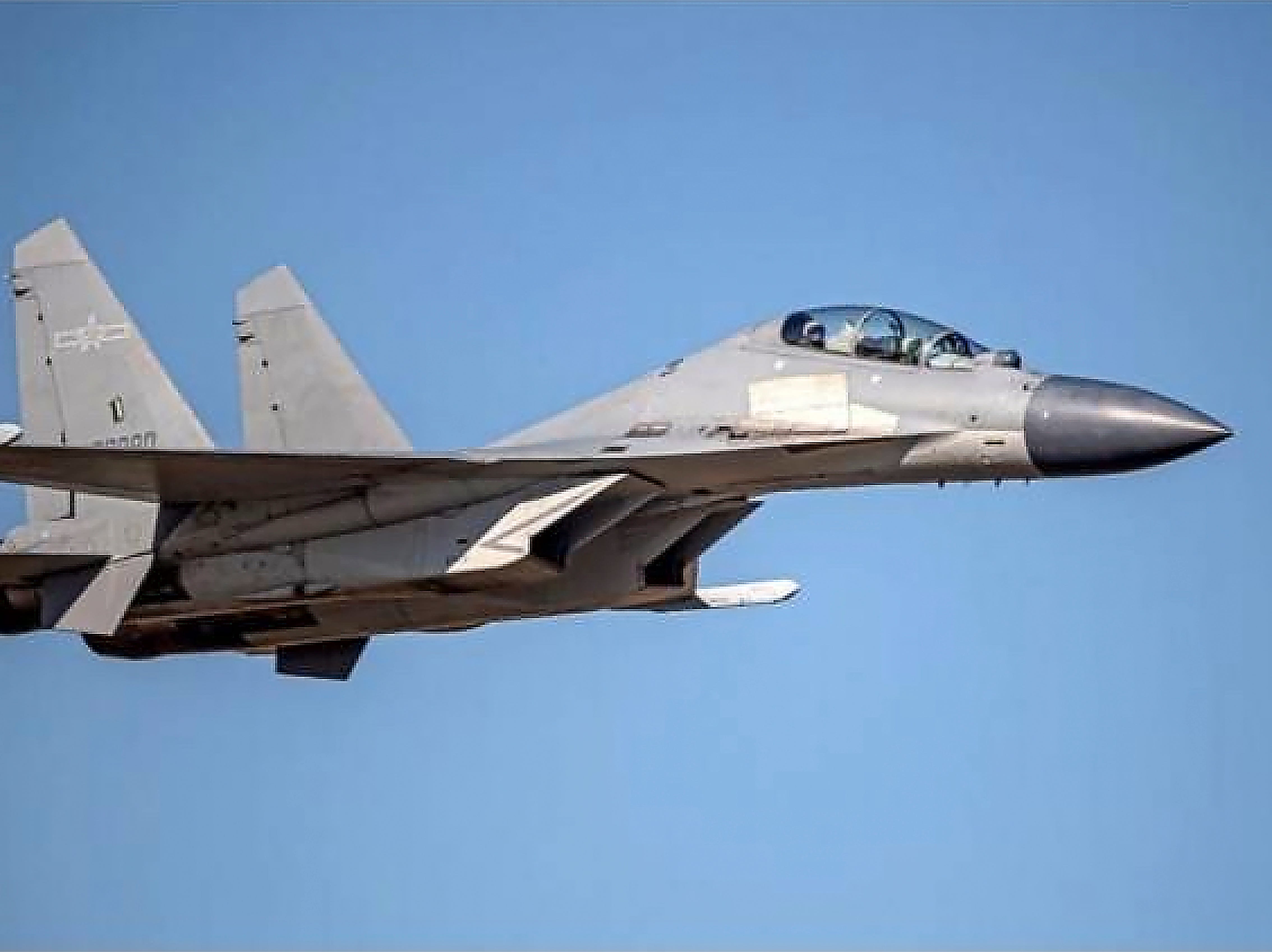 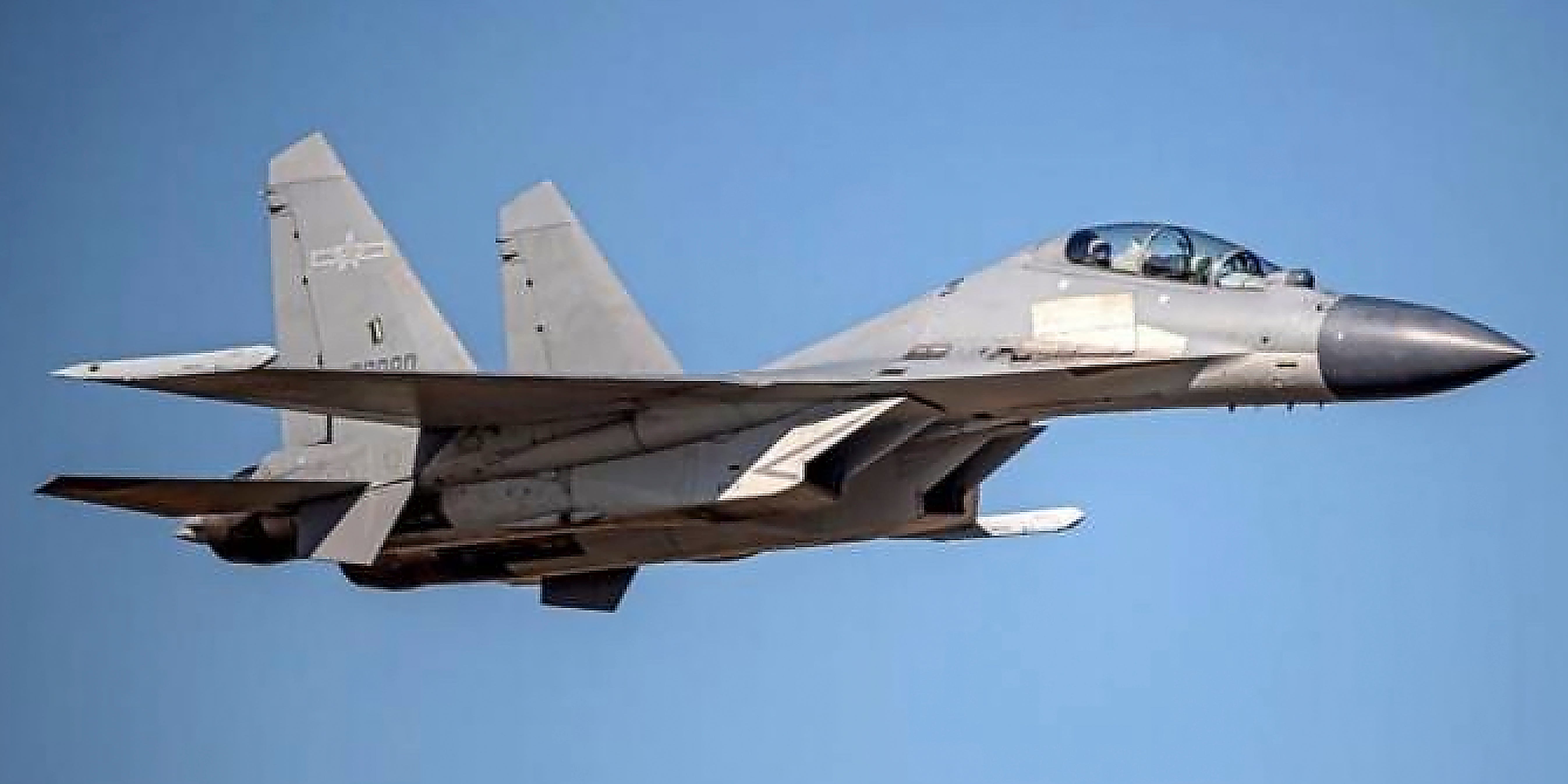 In this undated photo released by the Taiwan Ministry of Defense, a Chinese PLA J-16 fighter jet flies in an undisclosed location.

Taiwan Ministry of Defense via AP

In a massive show of force following a US warning about Chinese military activity near Taiwan, China sent 52 warplanes into Taiwan's air defense identification zone on Monday, forcing the self-ruled island to scramble patrol aircraft in response, according to the Republic of China Air Force.

Patrol aircraft were dispatched to respond to the Chinese military aircraft group, which was monitored by air defense missile units. Radio warnings were issued to the intruding planes.

China, which considers Taiwan an inseparable part of its territory, a critical national interest, and an important sovereignty issue, has never renounced force as a tool for reunification and routinely flies military aircraft near Taiwan, but sorties have traditionally been much smaller, with larger displays of Chinese military might occurring less frequently.

Until last week, the largest recorded fly-by was 28 Chinese aircraft, but on Friday, as China celebrated the founding of the People's Republic of China under the authority of the Chinese Community Party, the country flew a record-breaking 38 aircraft through Taiwan's ADIZ in two waves.

The PRC was founded on Oct. 1, 1949 following the Communist defeat of the Nationalists, who fled the mainland to Taiwan. Though hostilities ended decades ago, a formal peace treaty officially ending the civil war was never signed.

On Saturday, China broke the record from the day before, sending 39 military aircraft in two waves into the zone.

This display of Chinese military power comes just one day after the US Department of State issued a statement on Chinese military activities near Taiwan. In the latest four days, China has sent nearly 150 aircraft into Taiwan's air defense zone.

“The United States is very concerned by the People's Republic of China's provocative military activity near Taiwan, which is destabilizing, risks miscalculations, and undermines regional peace and stability,” department spokesman Ned Price said in a statement.

“We urge Beijing to cease its military, diplomatic, and economic pressure and coercion against Taiwan,” he said.

China has not yet commented on the latest activity.

Source: China sent 52 warplanes into Taiwan’s air defense zone in its largest show of force yet