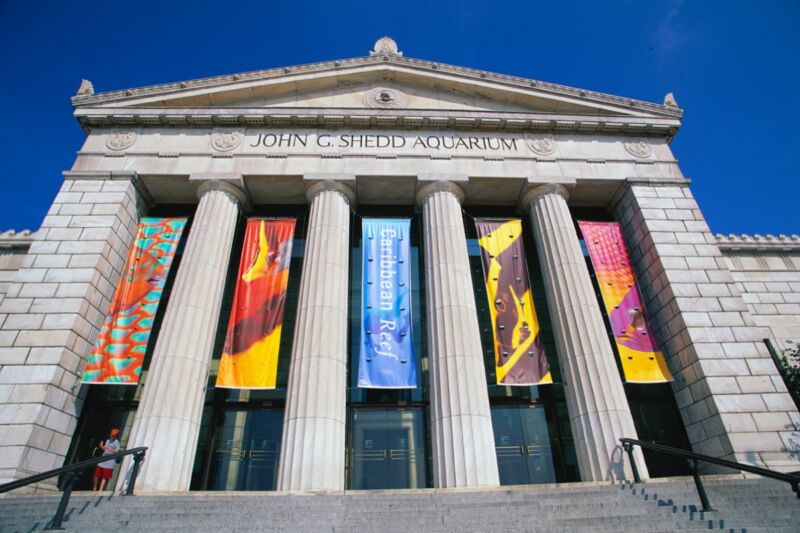 Enlarge / The Shedd Aquarium in Chicago partnered with microbiologists at Northwestern University to find out why chloroquine kept disappearing from the water in the quarantine habitat. (credit: lan Schein Photography / Getty Images)

Founded in 1930, Chicago’s Shedd Aquarium is not just a popular tourist attraction. Its staff also aids in worldwide conservation efforts and conducts essential research on animal health and behavior, nutrition, genetics, aquatic filtration, and molecular and microbial ecology. Over the last four years, those staffers have been puzzled by the mysterious disappearance of an antiparasitic drug routinely added to the water in the aquarium’s quarantine habitat. Now, with the help of microbiologists at Northwestern University, they’ve cracked the case. The culprits: some 21 members of a family of microbes who were munching regularly on the medicine in the water, according to a recent paper published in the journal Science of the Total Environment.

The aquarium’s Center for Conservation and Research includes an Animal Care and Science Division, with a state-of-the-art animal hospital for monitoring the health of all the animals in the exhibits and treating them as necessary. (If you want to know how to give an electric eel an MRI, the center’s team has you covered.)

Since 2015, the center has been working on a special research project investigating aquarium microbiomes. Among other topics, the project involves studying microbial communities in aquarium bio-filters. Such closed aquatic systems can quickly become toxic, thanks to ammonia waste from the fish, and certain microbial communities can help keep those levels in check. But other microbes are less beneficial, as evidenced by the Case of the Missing Chloroquine.